How to Conceive a Boy: Myth Busted and More

Introduction
Can I Choose to Have a Boy?
Point 1
How to Get Pregnant Easily
1 Is a preconception checkup necessary?
2 How do I know when I ovulate?
3 What is the right time to have sex to get pregnant?

It’s just natural for couples to try and influence their future baby’s gender. There are many reasons for this – from big expectations from the patriarch or matriarch of the family to the need for some predictability in your married life. All these reasons are fine; however, remember that there’s no magic potion to help you with conceiving either a boy or a girl. It’s all about scientifically explained methods, and we’ll show you which. 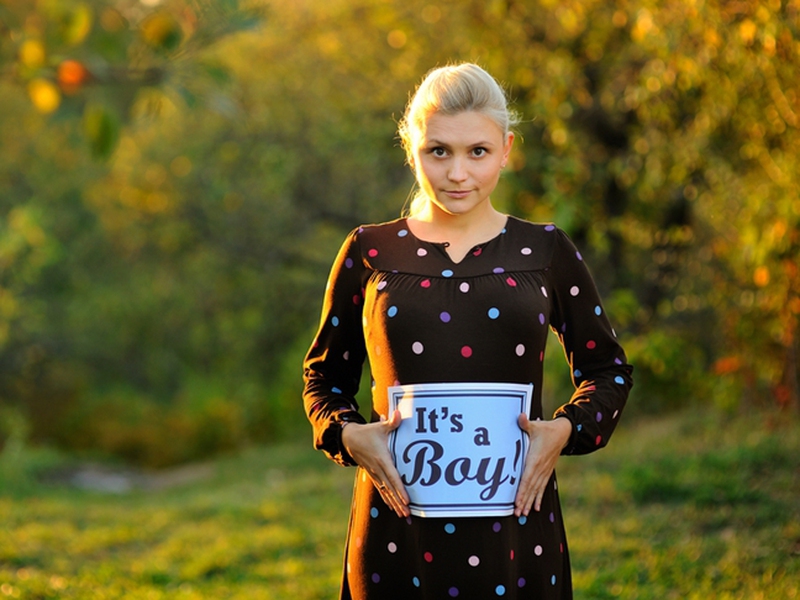 Can I Choose to Have a Boy?

There are some old wives’ superstitions about how to conceive a boy that sound naïve today rather than helpful, like having unprotected sex in the night hours on odd days of the month, or letting your partner suggest making love first. There’s no evidence it has ever worked for anyone, because obviously it doesn’t happen like this and can bring you only disappointment in the end. However, the following harmless tricks can at least increase the likelihood of conceiving a baby boy. Now let’s take a look:

These are only suggestions to give you something to start with. You should also take into account your families’ ‘track record’ of children. For example, if he has brothers who all have sons with their spouses, it’s unlikely you will be able to conceive a girl. So keep an eye on your genealogic tree.

It’s also worth mentioning that no particular diet is really helpful. You could hardly influence the odds of having either a boy or a girl by eating or not eating dairy products or meat or vegetables. And remember – whatever the outcome, you must greet your baby into this world regardless of its gender! Ultimately, what does matter is its health and strength, doesn’t it?

How to Get Pregnant Easily

Getting pregnant is a science. Although for some extremely fertile women it can happen instantly without any manipulation from their side, for others it takes months and months of planning and preparing. This section looks at three most important questions about how to conceive a boy or a girl with ease.
1

Is a preconception checkup necessary?

Unless you decide to yield to your destiny, your reasonable and well-thought out decision about conception should also include a compulsory medical checkup. This process, which is frequently covered by medical insurance, may consist of a range of tests that you and your partner will be asked to pass, like the ones for detecting any venereal diseases you may be unaware of or checking you up for possible genetic conditions. This last one is crucial for revealing inherited diseases that can pass on to your child.

Another reason for a preconception checkup is to make sure you are predisposed to give birth at this stage of your life, including checking for hormones, etc. You may want to consult a doctor if you have an irregular menstrual cycle, in which case it would be difficult for you to calculate your ovulation day correctly.

How do I know when I ovulate?

This is by far one of the most important questions for getting pregnant. Without your ovary releasing an egg (the process known as ovulation) to be later fertilized with your partner’s sperm, pregnancy is just impossible.

Ovulation typically takes place once in your menstrual cycle, just about in the middle of it. It differs from woman to woman, but the basics apply to everyone. You are unlikely to notice any visible symptoms unless you are one of the women experiencing so-called mittelschmerz – occasional pains in the back or the abdomen. Other than this, it can be only calculated using your menstrual calendar.

For women with irregular period cycles, the question of how to conceive a boy or a girl may be more difficult. Still, by measuring your basal body temperature at around the same time every morning or paying attention to the consistency of your cervical mucus that becomes more transparent and stretchy close to ovulation, you may define your ovulation day too. The only drawback is that these methods take a few months to figure out regular patterns. You can buy special kits at your local drugstore to help you with this.

What is the right time to have sex to get pregnant?

It’s estimated by physicists that the most favorable period for conceiving a baby is 4 to 5 days before ovulation plus the ovulation day itself. To get the calculation right, you should mark up your period in a special calendar to define the length of your cycle first. If it follows regular patterns from month to month, it highly increases predictability. In this case you should just count 12 days back from the first day of your period – this will be your ovulation day. Now act accordingly!