Most single men dream about meeting the right woman, but not all of them are ready to do what it takes to get her. What do I mean by that? Well, a man who is ready to do whatever it takes to meet the woman of his dreams is not afraid to travel to another continent to find her. You are one of these guys. Otherwise, you wouldn’t be reading this article. 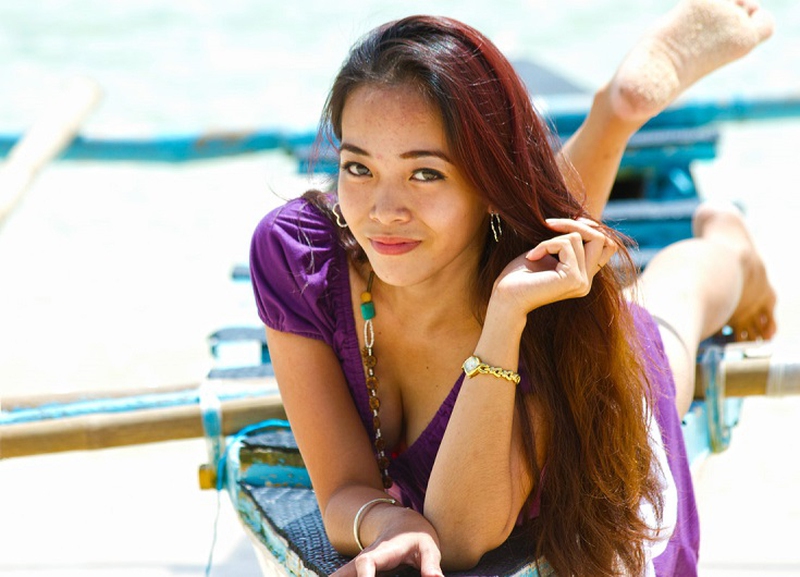 Things to Know When You Want to Date a Filipina

If you think that it’s somehow funny to make jokes about God, religion or the church, you will mess up your first date with a Filipina. I guarantee you that. Filipinas love to have fun and to joke around but there’s one thing that they can’t laugh about.

They can’t laugh about religion. They are very religious and if you want to leave a good impression on your future girlfriend, you should respect that. Think twice before you make a joke that you might regret later.

Filipinas are interested in Western men (with one exception)

Due to the fact that you are reading this article I assume that you are living in a Western country. You are probably American, or maybe European. It doesn’t matter, because no matter you are from Europe or from the USA, Filipinas are happy to meet you.

It’s no secret that Filipinas are attracted to Western men. However, they are only attracted to a certain type of men. They dream about meeting a Western man who is educated, honest and sincere.

What happens when you approach a Filipina in a shopping mall? She smiles, giggles but may say nothing.

Yep, it might also happen that the first woman you approach stares at you like a deer in the headlights. And no, it’s not because she hates you. She’s probably into you. But she’s so shy that she can’t open her mouth.

Thanks to the internet there is a way to circumvent this dilemma. It’s called online dating. The best and easiest way to meet a Filipina is through one of many online dating sites.

She will be shy and nervous

Even if you meet a Filipina online, you will sooner or later meet her in person. Be prepared for a funny first meeting. She will be so shy and nervous that she might giggle the whole time while she sits next to you.

There are some things about the Filipino culture that you have to understand before you go on your first date.

I already warned you about the fact that these women are very religious but I haven’t told you what can happen when you try to kiss her in public.

Oh boy, don’t even think about it. Kissing in public is something that Filipinos don’t do…ever. I know you want to kiss her and she probably wants it too. There’s nothing wrong with a kiss as long as you don’t do it in public.

Let her know that you are not one of these guys

What did I tell you about the men who spend their time in shady bars? No decent Filipina wants to date such a guy. And I assume that you want to date a decent traditional Filipina who is looking for love and not for a sponsor. Make sure that she understands that you are not one of the guys she’s scared of meeting. Tell her that you are looking for love and that you want to get to know her.

She needs time to get to know you

You are from a different world. Give her time to get to know you and to understand your beliefs, culture and values. You can’t expect a Filipina to think the same way as you and to do things the same way.

The Philippines is not the American or the European. You have to prepare yourself for a culture shock, especially when you are thinking about marring a Filipina and starting a family with her.

I don’t say that these cultural differences are bad. They can be very interesting and educating. I just want you to understand that having different opinions on certain things is inevitable.

You must be willing to meet her family

There’s one thing about Filipina families that you have to know before you think about dating a Filipina.

It’s not uncommon that your girlfriend has many siblings and cousins. For a Western man with a small family, this can be quite intimidating. But don’t worry. Hospitality is more than just a word for these people.

Falling in love is always a bit scary, but it’s even scarier when you are together with a woman who was born and raised in another culture. You don’t know how she will react when you tell her that you are in love with her.

I know why you are scared. In the Western daring culture, people tend to hide their emotions, because they are afraid that revealing them will be seen as a sign of weakness.

Now that you are dating a Filipina, you can stop hiding your emotions. Filipinas are extremely romantic. She’ll probably cry when you tell her that you love her.

She wants more than to be just your girlfriend

Oh, there’s one more thing I need to tell you.

Filipinas are religious women with traditional family values. They don’t believe in the so-called hookup culture. When they are in love with a man, they want to love him and take care of him until the end of days.

Yes, that’s something you should know before you think about dating a Filipina. She wants to be your girlfriend but she dreams about being your wife.

I am a travel enthusiast, lover of women and a dedicated dating coach with the vision to help millions of men all aro...

I am a travel enthusiast, lover of women and a dedicated dating coach with the vision to help millions of men all around the world to overcome their fears, attract incredible women and to find true happiness.