How Men and Women Communicate Differently

Now there’s no denying that there are remarkable differences between male and female when communicating. And contrary to what you may believe, they actually more have to do with how society dictates each gender should and shouldn’t behave, than with the biological makeup of both genders. Even so, while some differences between male and female communication are very clear, there are some so subtle that it’s nearly impossible to catch a hold of them. So, what are those differences? 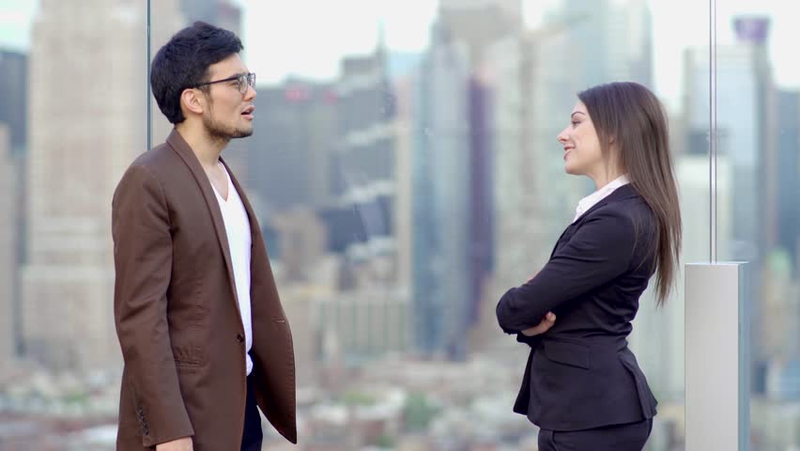 When asking for help

There’s no denying that the average man would die than ask for help, especially when in the presence of another woman. Why? Ego. They don’t want us to look at them as lesser beings, because apparently, men believe women expect them to be these perfect creatures that know everything that there is to know in the world. Of course, that’s patriarchy at play.

When it comes to women, they seldom hesitate asking for help. That’s because they have been brought up to believe that they are seldom good enough, confident, powerful, assertive etc. etc. as men and that they should accept their roles as playing second fiddle to men. Which brings us to our second (and a similar) point:

Whenever a woman approaches a man, especially in an office environment, the man automatically assumes she needs help. Because, you know, how weak and incapable all woman kind is. Sarcasm aside, if you do end up asking a man for help, be precise. Men don’t prefer long winded communications, especially if you’re not on friendly terms with them. They’re also not very patient when a woman asks them for help. That’s because instead of viewing it as an opportunity to help a fellow human being, most men tend to view it as a favor to those women.

Women often seek advice to improve the situation at hand. Whether or not it helps them achieve their end goal, is often secondary for them. A lot of women often lack the necessary confidence to ask for help (to both men and women) because they believe they’re being an unnecessary burden on them.

One of the differences between male and female communication is when you understand the reason behind their wanting to communicate. For men, talks need to have a purpose or an end goal. They try to discuss and solve problems when communicating, and doing so in as little time as possible. They seldom indulge in idle talks outside of formal environments.

For women, communication is a form of expressing their emotions, as well as a way of increasing the intimacy between those that they love. More communication among women is also often used to solidify their bonds with each other, as well as with their partners.

Men seldom give off a variety of facial expressions in day to day conversations. They tend to avoid face to face conversations, often avoid eye contact, fold their arms and maintain an aggressive stance when talking. Men also nod to show agreement.

On the other hand, women tend to maintain eye contact, are comfortable with physical proximity, are comfortable having face to face conversations and often maintain a lot of eye contact. They also tend to smile/laugh more and use their hands to express themselves. Women nod to show understanding.

Talking to the opposite sex

When talking to women, men like to assert themselves, show that they are confident and know what they’re doing. This aligns perfectly with their being so resistant to asking for help (point #1). They don’t like being seen as weak, and will often interrupt the point a woman is making in order to share their thoughts. They are also more likely to dismiss a woman’s opinions for no other reason than the fact that they come from a woman. Men are also pretty incapable of sustaining conversations that have long points or sentences in them, which is why whenever you send them long texts, they often reply to the last 1-2 points you mention, instead of the entire text itself.

One of the differences between male and female communication is that women like to express themselves when they’re talking to men. This is because for them, communicating is the best way to help a man understand what kind of a person they (the women) really are. They also often do not convey their most intimate thoughts directly, instead opting for men to magically guess what’s going on in their minds.

When men are upset, they often keep their thoughts to themselves. Not because they don’t trust their partners or because they have trouble communicating their emotions (which a lot of men do, by the way) but because they’ve been taught patriarchal BS like “real men don’t cry” or “learn to bottle up your emotions” or best of all “Don’t be such a girl. Man up.”

Women, on the other hand, have no such social restrictions on them. Expressing your emotions or crying is often perceived as a sign of weakness (even though it’s the opposite), and women are thus encouraged to be “weak”. When distressed, women often seek comfort and solace in the arms of their loved ones and want nothing but someone to listen to their woes as they pour their hearts out.

Differences between male and female communication also emerge once you begin analyzing the different words and terms both genders use. As already mentioned, men don’t like to talk more than necessary (except when it’s on topics that excite them). This is why when you’re talking to a man, you’ll often find your conversations short, to the point and focused – they will sit quietly and listen to what you have to say.

It’s the opposite with women. When you’re talking to them (or vice versa), you will often find them using filler words like “Okay”, “uh-huh”, “guess what?”, “like”, “whatever” etc. They often use these words to show you (subconsciously) that they’re not only listening to you, but participating as much as they can without interrupting you. However, when they get too excited, they will often interrupt what you’re saying in order to share their own experience. Men are often annoyed by such behavior, which they tend to tune out and pay the price for, later on.