Introduction
Part 1
1 He doesn't support your goals
2 He doesn't make an effort to get along with your friends
3 He doesn't make time for you
4 ​He's constantly clingy
5 One of you will be studying abroad
6 ​He isn't enthusiastic about starting a relationship
7 You can't trust him
8 You're stuck in an on-again, off-again relationship
9 You don't see a future together
Point 10

When you and your boyfriend are facing an issue, it can be tough to figure out what's fixable and what's an ongoing problem that won't improve. After all, you're so wrapped up in the situation, how can you see it clearly? For times when you're not sure what to do, read these 9 reasons it's time to dump him. 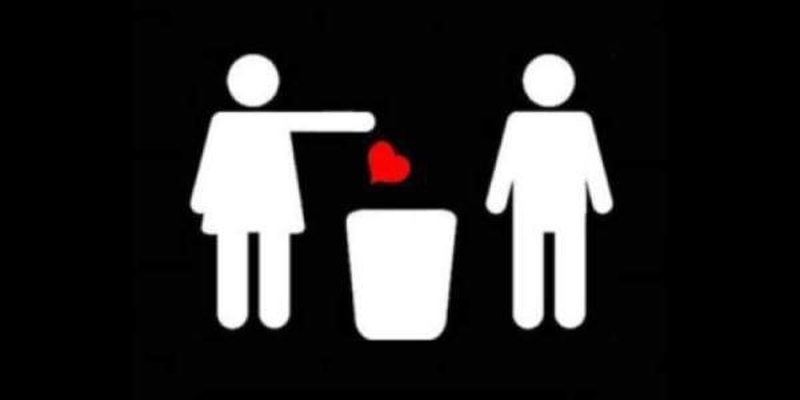 He doesn't support your goals

What did Aretha Franklin teach you? R-E-S-P-E-C-T! If your boyfriend doesn't respect or support your goals or values, it's time to kick him to the curb. “When I was with my ex-boyfriend, I was so excited to cover my first fashion show for my blog,” says Kelsey Mulvey, a collegiette from Boston University. “Instead of supporting me and cheering me on, he barely cared. How are you supposed to be happy with someone if they aren't a part of your fan club?”

A truly supportive boyfriend should act as your own professional cheer squad – that means everything from coming to watch your volleyball championship game to sending you a good luck text before your orgo final, even if he hates sports and is equally as swamped with studying.

Stephanie Welling, a student at Chatham University, hits the nail on the head: “If the person I'm dating has no apparent respect for me, then I have no time for them.”

He doesn't make an effort to get along with your friends

In a perfect world, your best friend and your boyfriend would love each other just as much as you love them. While that's not always the case, your boyfriend should at least make an effort to get along. Kelsey says, “My ex-boyfriend (the same ex... what a winner, right?) had a really hard time getting along with some of my friends. He tried to pit me against my friends and, as a person who puts her friends first, I'll never tolerate that behavior again.”

Even if they aren't best buds, your boyfriend should be willing to hang out with your crew from time to time – and at least as often as you hang out with his friends! If he can't manage to do that, well, you know what's coming next: chicks before d*cks, remember?

He doesn't make time for you

Even Prince Charming might occasionally forget to reply to a text or be forced to cancel plans when something school-related pops up. But if you're never able to pin down your guy to hang out, that doesn't give you much time to develop an actual relationship. This kind of guy typically isn't looking for anything more than a booty call. If you're looking for more than that, it's time to pass.

Katrina Margolis from the University of Virginia used to be in this frustrating situation. “He would only come over when it was convenient for him, and even if he did stay the night, he would leave at 5 AM,” she says. “If a guy can't make time for you, he's definitely not worth your time.”

Is your Stage Five Clinger suffocating you? A clingy boyfriend might be awesome at first (I mean, who doesn't like to be showered with attention? But before long, the Stage Five Clinger will pout every time you're with your friends instead of him or you need a night to yourself. If you're finding it hard to breathe, sit down and let your guy know (nicely, of course). Try initiating the conversation with, “I love spending time with you, but I also need time for myself, too. Don't take it personally if I can't hang out all the time.” If he still isn't getting the message, it may be time to move on. If you only hang out with your boyfriend day after day, that ultimately takes a toll on other parts of your life: you might start to neglect your friends or become co-dependent on him.

One of you will be studying abroad

Imagine this scenario: you're at a bar in Madrid with a very attractive Spanish boy with an adorable accent and... oh, wait, your boyfriend is at home? Oh, never mind, hot Spanish boy. Adios.

Some couples split up prior to studying abroad for this very reason. When you're thousands of miles apart for months at a time, it can be tough to maintain a long-distance relationship. Once you or your boyfriend finalizes the decision to go abroad, sit down to have a serious conversation about whether or not to stay together. Going abroad isn't necessarily the death knell of a relationship, but unless both people involved are fully committed to making it work, it's likely to fizzle out. It's possible to survive a semester abroad with your relationship intact, but talk over all sides of the issue together before making a final decision.

​He isn't enthusiastic about starting a relationship

If you're in the middle of an awkward “defining the relationship” talk, it can be easy to overlook potential red flags. Unless his answer to, “Do you want to be official?” is an enthusiastic, resounding, “Yes!” it's time to reconsider your budding relationship. You should both be excited to date each other; starting off on a less-than-thrilled foot means your relationship is only going to go downhill from here. We hate to dish out tough love, but he might just not be that into you. After all, you're young and there will be plenty of other suitors to bang down your door. Why limit yourself to a guy who doesn't share your feelings?

You can't trust him

No one likes a liar. If he gives off a sketchy vibe when explaining that he and his new friend Alyssa are just friends (“Really, I swear!”) or, worse, is caught red-handed in a lie, it's time to dump him. Kathryn*, a collegiette at NYU, points out, “If you can't trust him, then there really isn't a relationship in the first place, because relationships should be built on trust.”

Red flags for this kind of guy include a history of cheating or lying. It's definitely worth talking to your guy to see if you can get the story straight. If not, consider carefully whether you would still be able to trust him in the future.

You're stuck in an on-again, off-again relationship

On-again, off-again relationships are so appealing because they work like a safety net: when you need him, he'll be there again. But if seeing each other isn't as much fun as it used to be, or worse, you can't stop bickering all the time, it might be time to break up. The trouble with revolving door relationships is that you can't ever truly move on from your guy until the break-up is final. If you're having trouble saying goodbye, consider cutting off communication for a certain period of time – a semester or a year, maybe – until you've both fully moved on.

This can be especially scary when you're feeling comfortable in your relationship and are afraid to lose him. Moving on is bittersweet. You'll miss him at first, but then you get to experience something or someone totally new and exciting again.

You don't see a future together

When Her Campus surveyed more than 2,500 college girls across the country about sex, love, and dating in 2012, we found that 46.5 percent of you want to get married between the ages of 25 and 27. That might feel light-years away... or it might feel alarmingly close! “I date to eventually (way eventually!) find the person I want to marry. I feel like staying in a relationship you know is going nowhere is just wasting your and his time,” says Sydney*, a student at the University of North Alabama.

Even if you don't want to get married any time soon, it's worth considering if you two have a future together. Disagreements over small issues, like whether your kids will be raised as diehard Red Sox fans or devout Yankee fans, will eventually blow over. But if his idea of heaven is moving to a rural farm out west immediately after graduation and your heart belongs in New York City, you might want to consider separating at some point down the road.

Breaking up isn't fun in the moment, but it might be right for you in the long run. When one door closes, another door opens. Who knows what will happen next?