How Often Do Women Think About Sex?

Every living creature thinks about sex all the time, but women require to be in the right environment for their minds to go down that road. For a woman, the candles have to be scented right and their partner should have done the dishes. But is this true or just a stereotype? Do men really have stronger sex drives than women? Women require emotional connection to be turned on sexually. They are also highly influenced by cultural and social factors. But just how often does a woman think about sex? This article delves into the details of this issue. 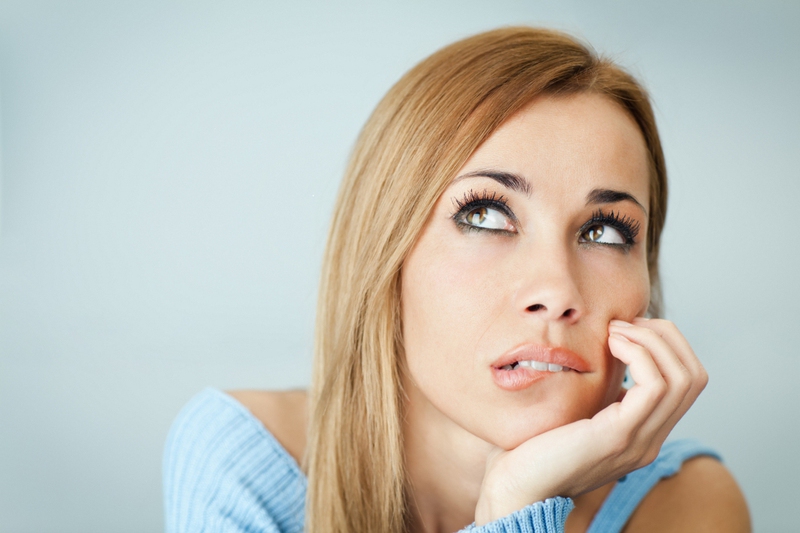 How Often Do Women Think About Sex?

There is a popular claim that men think about sex around 8000 times a day. That may not be necessarily true since there is no research to back the claim. A study was carried out at the Ohio State University to refute the claim. A total of 283 respondents falling between ages 18 and 25 were involved in the study. They kept track of a particular type of thought including sex, food or sleep for a week. So all participants were divided into 3 groups accordingly, but the type of thought they were recording was kept secret to them throughout the study.

Then the seven daily reports for each individual were summed up and divided by seven to arrive at the mean of daily thought frequency. The median number of sexual thoughts was 18.6 and 9.9 for men and women respectively. Contrastingly, the average for women was 18.6 while that for men was 34.2. Statistically, now you know the frequency women think about sex, which is almost a half less than that of men.

Women's Real Opinion About Sex You Never Know Before

Endurance should have a limit

Women enjoy having sex. A man who comes as soon as he touches a woman is a complete turnoff. But this does not mean that a woman wants a man who lasts an hour -- longer is not always better. A marathon that lasts too long may end up being a duty instead of the intended fun activity. A woman may be tired but struggling not to offend the guy. Remember, the vagina can only stay lubricated for so long.

They know what will make them come

How often do women think about sex? Women themselves know it all. What's more, they know what will make them come. So, if, after trying all the tricks in the book, you still can’t seem to get her the big O, you should seek her help, smartly.

It is not easy to get there

Some women cannot have an orgasm. That does not mean that they don’t have fun. The only thing holding them back from enjoying sex is that they feel like they are denying their partner the contentment of giving an orgasm. So some women may avoid sex since trying to orgasm is too hard a task. Let your girl know that sex will not be centered on making her come.

They are more cautious

Men do not mind having sex 99.9% of the time. But women are more careful since they carry most of the burden that comes with the consequences of sex, like pregnancy and slut shaming. In contrast, men often have fewer hang-ups about sex and are ready to go at it anytime and anywhere.

They may fake orgasms

If a man keeps whining about his inability to make a woman orgasm, she might fake it once in a while to placate him. Women fake an orgasm occasionally as the last resort. However, it can be more regular if the man is nagging. The truth is that she hates faking it unless you force her. It is bad for the relationship since it may cause the man not to work hard enough for the woman to achieve a real orgasm.

Just how often do women think about sex? It may not be as often as men, but it could become even less if you handle that clitoris the same way you do with an elevator button. Women’s bodies are sensitive and not every woman enjoys nipple twisting. Take time to learn what works for her. A man that gets his mouth on the genitals is definitely appreciated. However work on the technique for enthusiasm alone is not enough.

Women love foreplay. You are mistaken if you think foreplay starts a few minutes before penetration. Make it an everyday affair and you will be surprised. Tell her how sexy she looks in the morning before she leaves and sext her all day. Chances are, you’ll have a very steamy session in the evening.

They get turned on differently

Tell her she is beautiful

How often do women think about sex? Well, they do it more often if you tell them how beautiful they are frequently. Do it without exaggerating. You do not have to lie that she looks like Gisele because she knows that she doesn’t. Outrageous compliments sound insincere and will work against you. Be specific about what turns you on when you look at her. But never compare a woman to another woman at all costs.