How to Get Him to Commit

It sure is a beautiful feeling to finally find a man you think is perfect for you – loving, caring, sensitive, having a sense of humor and most importantly, respecting and accepting you for who you are. But unfortunately, he is not committing himself to an exclusive relationship with you, despite that there are very obvious signs he likes you. Or worse, he hasn’t given a clear response to your proposal to him, asking him to be your BF. Don’t fret. Asking a guy to commit takes time, and these tried and tested techniques will work wonders. 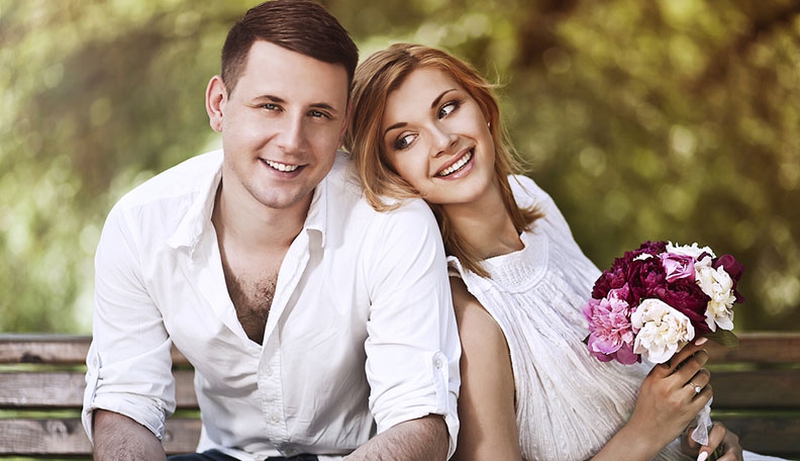 How to Get Him to Commit

So really, do not waste another minute searching the internet for answers. Read on these techniques which are sure to help you.
1

Hang out less with him

A readily available woman isn’t attractive for any man, especially if he’s looking to commit. He wants to commit to a woman who has her own life, friends and social circles. Not many men would want their women to make them the centre of their universe, and yours is no exception. So show him you have a life beyond him. Hang out more with friends, make new friends, go on weekend getaways and make sure you post these photos on social media where he’s sure to see them. The more he sees you depend less on him for emotional support, the more attractive you become to him.

Casually say that you have options

Sometimes, it’s not about what he wants but what he doesn’t want. Maybe he’s not sure about committing to you. But what if he’s sure of not wanting you to commit to someone else? Make use of that fear of his. Casually drop this bomb in conversations that you have, you know, like how you’re tired of immature boys in your life who don’t want to commit, and how X (a friend of your friend’s) likes you. Let him connect the dots and then watch fear creep into his eyes. That’s one spectacular way on how to get him to commit!

Hang out with couples

If most of your mutual friends are singles, then it’s time to up your game. Introduce him to some of your friends who are in committed relationships. Show him that commitment isn’t as big of a deal as society has made it. Let him see firsthand how happy these couples are with each other.

Ditch your single friends for the next 30 days and hang out with only married/engaged couples. Convince your friends to discuss with your man how much happier they are now than when they were single. This is sure to have an impact on him.

See, if he has already introduced you to his friends and family, that’s a good sign. It means he likes you and trusts you enough to open up about the people in his life. So use that to your advantage. Hang out with his friends and family as often as you can. Make plans to watch movies, hang out at the mall or just go shopping. And then make them have a great time. If these people end up liking you, he too will end up liking you more, thus accelerating his chances of committing to you.

Don’t force him to commit

See, here’s the thing. When you’re contemplating on how to get him to commit, know that forcing someone to do something they aren’t ready or willing to do doesn’t really work in real life. All you will get is exactly the opposite of what you wanted – him dumping your ass and running in the other direction. Forcing your opinions can make you seem clingy, dominating or too demanding. And you don’t want him to think you’re like that, do you? You can mention about commitment a few times and then just drop that topic. If he didn’t give you a clear cut response in the past, then he may not give you a clear cut response now.

Find out what keeps him from committing

This works only if you know why he’s not willing to commit. Let’s say it’s because he comes from a divorced home and doesn’t have faith in relationships. In that case, introduce him to your parents or other happy couples and show him that relationships don’t always fail.

However, if you’re not sure why he’s not committing to you, then it is best that you two sit down and have a good talk about it. You’ll otherwise just be wasting your time second guessing what you should and shouldn’t do to get him to commit to you.

Lie about moving to a new place

Well, when you’re desperate about how to get him to commit and he’s not budging, then you have to take matters into your own hands to give him the hard nudge that he so requires. Say something on the lines of:

“You know, I have thought that by this age I would have been in good job and a steady relationship. I have neither so I’m considering moving to X city. I got a job offer from there and I’ve been considering taking it or not for a while. I mean, one out of two isn’t bad. It’s not like either a job or a relationship is holding me back in this city.....”

And BAM! He either confesses his true feelings for he wants you to stay, or he doesn’t, in which case you’re better off moving on, hun.