How to Use a Female Condom Correctly

Introduction
How to Use a Female Condom Correctly
1 Practice Makes Perfect
2 Remove the Package
3 Lubricate It
4 Get the Right Position and Shape
5 Insert It
6 Enjoy Sex with Female Condom
7 Remove It
What Are the Benefits and Drawbacks of Female Condoms?
Point 1

Basically, a female condom is a contraceptive sheath/pouch that prevents unplanned pregnancy and sexually transmitted infections (STIs), including HIV. It’s heavily advocated by every health organization, especially the World Health Organization (WHO). When practicing safe sex, female condoms almost always come a close second as an alternative to male condoms.

Some women prefer to use a female condom as it means not having to rely on the man to wear the condom, and because they may achieve orgasm better. Female condoms are usually more expensive but, like its male counterpart, they don’t need to be bought through prescription. It’s widely used and can still be bought through healthcare professionals – sometimes even online.

How to Use a Female Condom Correctly

Female condoms tend to venture on the pricey side of contraceptives. It’s best if a first-time user would try to practice using it on themselves before actual sexual intercourse at least 3 to 4 times. This practice would save any user the agony of mistakes as any mistakes made at that point would be really regretful. 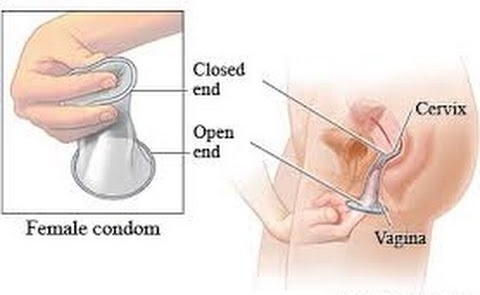 Removing the package carefully is a vital step as any damage to the condom made in this step may affect your future in more ways than one.

The next step in how to use a female condom correctly is to lubricate it. Apply lubricant into the female condom even though it may be pre-lubricated. This is to ensure the best results and the pleasant feeling later on the intercourse. Also, for best and maximum protection, apply "spermicide" to ensure the best protection and lessen the chances of an unplanned miracle. 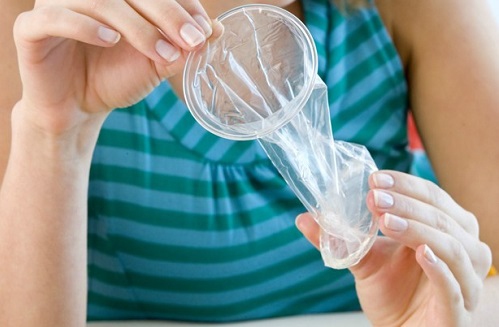 Get the Right Position and Shape

When actually inserting the female condom, it is best to find a suitable position. It’s more or less just like inserting a tampon also because it’s crucial that it fits in perfectly or it will make an extreme mess.

Users must find a position that they’re comfortable in. Any position will do - laying, sitting, squatting, or standing up - it all would depend on the user.

Inserting is an important step in knowing how to use female a condom correctly.

Once it reaches that position, it should not be felt anymore. If it is still felt, it is inserted incorrectly. This is a very crucial step to know how to use a female condom correctly. If it is inserted correctly, one must carefully pull out their finger gently. The outer ring of the condom must still be seen and is still hanging out by an inch. 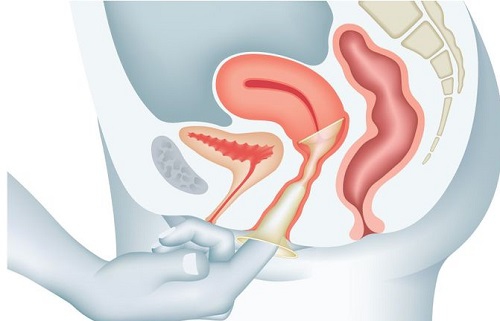 When everything is rightfully placed and checked, partners then may enjoy sexual intercourse without much worries. The woman must tell the man where to insert his penis correctly, and the man’s penis must fit wholly inside the condom for it to be used correctly. For a female condom, it is very common to feel it moving side-to-side, as long as it does not feel loose.

When the condom does come lose or the man’s penis has slipped before ejaculation, it is best to readjust the condom first for safety measures. Then one must carefully guide the man’s penis back into the condom and resume sexual interaction. It’s always best to know that one should never re-use a female condom. If it is used and filled up with semen, it’s best to throw it away as soon as possible.

Note: Never wear a male condom and a female condom at the same time as it may create friction that could push the outer ring further inside and may also cause the condoms to slip, or worse, tear.

When removing the condom, one must be careful as unnecessary force may cause it to rip and/or break inside. Properly removing the condom is a must and it’s the last step on how to use a female condom correctly. One must twist the outer ring of the condom that’s hanging out, pull it out gently using the twisted outer part as a handle, and throw it away immediately. As aforementioned, one must never re-use a condom because it is considered unsanitary and unsafe. 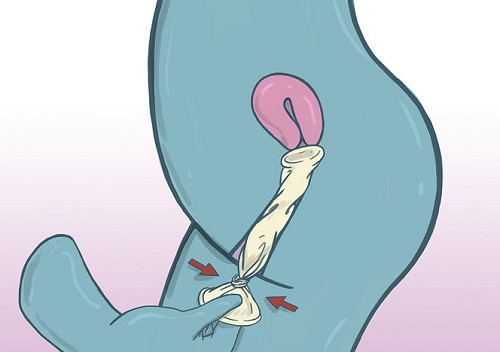 What Are the Benefits and Drawbacks of Female Condoms?

All in all, female condoms are just a more complex version of a male condom. It’s still very strong and doesn’t tear easily through sexual intercourse. It also prevents STIs and different diseases that one may receive through sexual contact. It functions just as well as a male condom and that’s every advantage one may get from it.

Unfortunately, there are some known disadvantages to female condoms as well. Some find it hard to put on, and it hinders sexual intercourse because you have to stop and adjust when loose. And even though 95% may sound really secure, there is still a failure rate of about 5% even when used correctly. But overall, it’s still a great alternative to male condoms.