Relationship Talks Every Couple Needs to Have

If you want to maintain a healthy and sweet relationship, you will want to have these relationship talks with your partner. 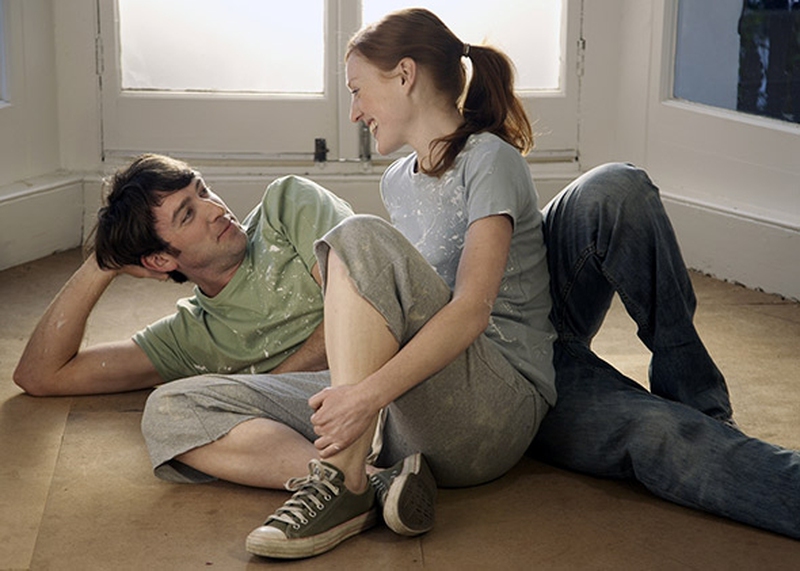 The "How Much You Got?" Talk

What do couples fight about most? Money. So what do you need to learn to talk about? Money. Within the first few months, you each need a sense of the other's financial picture, says money expert Farnoosh Torabi. A conversation starter she suggests: Sit down together (optional insert: two margaritas), and each write on a Post-it your salary, debt, credit score, savings, and any major fact like "I have a trust fund"; then swap Post-its. Do it, and every money talk that arises after that—kids' tuition, career moves, kitchen renovations—will be easier.

The 50 Shades of Sex Talk

Janelle, 34, a photographer in West Palm Beach, Florida, suspected her single days were much crazier than her boyfriend's. "I opened up," she says. "He wasn't threatened by my past, and that moment has let us keep talking sex for eight years!" And periodic check-ins are important, Levkoff stresses. "Throw out a casual question like: 'What do your friends say about their sex lives?' Or, 'Would you ever do that thing we saw on Orange Is the New Black?' You never want to have a sit-down-and-talk conversation about your own sex life because then it becomes finger-pointy."

The Living Together Talk

Studies have found that couples who discuss living together have stronger marriages than those for whom the roommate thing just...happens. Erin, 34, a dentist from Melville, New York, remembers blurting out to her boyfriend that maybe he should move in. "He stammered," she says, "and I backpedaled," but a few days later, they started actually talking—and now they've been married three years. The opposite happened for Nancy and her guy: "Once we considered what the next step meant for our finances and future," says the 37-year-old San Diego aesthetician, "things unraveled. Ultimately, it was for the best. I took a trip to recover, and met my husband!"

Jason, 42, a Los Angeles advertising exec, and girlfriend Megan were friends with benefits for three years before making their commitment official. "We had a blurry relationship," he says, "but we knew we loved each other." Then Megan texted: "Come over tonight...boyfriend." Jason was relieved and laughed. "I thought, Finally!" he says. They talked, and have been together for six years now.

The Note to Self Talk

Believe it or not, the first chat you need to have, before you start dating anyone seriously, is with yourself, says Thomas Bradbury, Ph.D., director of UCLA's Relationship Institute. Are you ready to be part of a couple? How do you feel about your work, social circle, family? All the stars don't have to be perfectly aligned, but you should be happy with your own life before getting together with someone else, he says.

Despite the Hollywood cliché, "fewer and fewer guys pop the question out of the blue," says Rhoades. "Most couples discuss it first." And that's good—even if you're deciding not to put a ring on it, like Jason and Megan, who have committed to being together forever without marrying. ("We'd shared opinions on this even before we dated," says Jason.) For Meg, the blogger, the technique that worked was keeping the conversation casual: "After seven years, he hadn't made a move," she recalls. "So on the way to a weekend away, I said, 'Ya know, our friends think we might get engaged on our trip.'" It started a discussion, and within months they'd decided to marry.

Jeanine, 34, a consultant from Northport, New York, and her future husband got this chat out of the way on their second date (not too early, says Rhoades). "He's Jewish and said his kids had to be raised that way," recalls Jeanine, who's Catholic. "I could do that, but I told him I would never convert." To her huge relief, he joked, "If you could turn your back on Jesus, how do I know you'd never cheat on me?" They now have two kids and a Christmas tree... and a menorah.

The Having Kids Talk

For most couples, the decision to become parents requires several conversations, says Rhoades, possibly starting with saying something on the first date like, "Did you enjoy being from such a large family? Would you ever want that?" Before getting too serious, you should be more direct, she says. "Maybe it starts with, 'So, if things work out, would we want to have children?'" Discuss both how many and when. "We decided to give ourselves five years just to be married. I didn't want pressure until I'd seen my job as a pro soccer player through," says Jennifer, 37, a Hartford, Connecticut-based coach and mom of two.

You're going to argue, of course. But this talk is about figuring out how—it's essential to establish the ground rules for when things get tough. Michelle, 36, a drug rep in Nashville, and her husband used to have a rule not to go to bed angry. "But that always backfired because at night we were tired, and when we tried to talk things out, they escalated," she says. So they talked and "we decided to sleep on our issues. Often they just blow over."

Are you happy? Am I happy? Are we happy? "You think you know what he's thinking, but trust me, even after 50 years, you have to ask," says Virginia, 69, of Huntington, New York. She credits her 51-year marriage to a little luck and a lot of communication. "You always have to be hashing stuff out—planning the future or just talking about how life went today," she says. "And if you feel uncomfortable, that's when you really need to talk—so do it."