You’ve been going out with her for some time now, and for the life of you, you cannot shake the feeling that she maybe is dating other guys. And you’re horribly confused. Should you confront her? Should you ignore it? Should you wait till you have more proof? Well, don’t worry. We have your back for you. 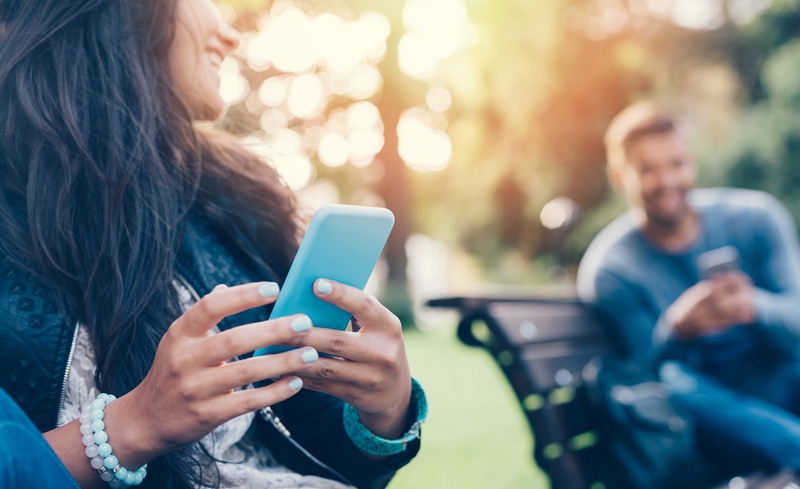 Here are a few obvious tell-tale signs you should look out for in your girlfriend. If she’s displaying most of them (not just 1-2), then she’s definitely cheating behind your back.
1

So while previously she was out of the shower in 10 minutes, now she stays in as long as 45 minutes to one hour. Why the sudden change? Did you never think about it? What could any human being be doing in their bathrooms for so long everyday? It’s not like she has to shave her body or wash and condition her hair every day, is it? In all probability, she may be texting other guys because the bathroom’s the only place she can do so without arising your suspicion.

Her appearance has suddenly improved

Come on, this is an obvious sign. She’s lost weight, puts more makeup than usual, comes home late and seems happier than usual. If everything in your relationship reminds the same, then the motivation for her to improve her look definitely comes out of your relationship i.e. another man.

You doesn't date that much

If you used to go out on date frequently before but now you only see each other once in a while, be alert. Of course it may be possible that her work or a problem in her life is keeping her preoccupied. But if she doesn’t give any rational explanation and seems quite at ease with this situation, chances are she's dating other guys.

Some may think that when you go out on dates with someone, you automatically stop dating others, but it’s not always the case. I mean ideally, yes, that should be the situation but until and unless you’ve had the talk of being exclusive with her, she’s not really cheating on you. So if she avoids the topic about being exclusive or committed, you should be alerted.

She becomes possessive of her phone

And it’s scary how she won’t even let you come within 10 feet of it. Her phone is always password protected and she always keeps one eye open when you’re near her phone, even though you can’t operate it. And if you do raise your voice about her secrecy, she guilt-traps you by saying that you don’t trust her and that she has a right to her privacy.

She spends more time at office

Another way to find out if she's dating other guys is to notice her office schedule. If her work schedule has suddenly “forced” her to work at odd hours and even demands weekend “business” trips, then be careful. She’s hiding something big from you, and that something big is very likely a man.

She says she wants space

Never a good sign, especially if you aren’t the clingy or possessive type of guy. She calls when she pleases and dates are always made according to her convenience, which by the way are few and far in between. You’re the guy on the side, buddy. She calls you up most probably when she has nobody better to hang out with, or if one of her other guys stands her up at the last moment.

You aren’t introduced as her BF

I mean, I get it. She’s a private person and she doesn’t like discussing her life publicly. But come on – if even her friends and family don’t know that you’re the one she’s dating, then there’s something definitely suspicious going on. If you’re introduced as just a friend or a colleague, then know that you’re probably not the only guy she’s dating, which is why she is hesitant to declare you as her BF. Maybe she’s confused, but maybe she has introduced another guy as her BF. Who knows!

You don’t know anything significant about her

Nor has she introduced you to anybody from her life. That’s because she isn’t sure about whether she wants to go along with you or the other guys she’s dating with. Maybe you’re all equally good in her eyes, or maybe you’re all equally bad. Or she’s playing things for as long as she can to see which guy shows the most promise. Whatever her reasons are, her not opening up to you is an immediate red flag, especially if you’ve already been out on a couple of dates already. Either way, if weeks have passed and you don’t know much about her personally or the people in her life, it’s time to call it quits.

Sometimes the fact that she's dating other guys is revealed by how her behavior changes suddenly. Have you noticed how the number of arguments between you has steadily been on the rise? And almost all of them have been started by her for snapping something insignificant, like not leaving the toilet seat up. That’s because mentally she’s comparing you with the other man (or men) she’s been dating behind your back.

She makes you confused

She’s recently got out of a serious relationship. Fair enough. But here’s the thing – she hasn’t explicitly stated whether or not she wants to commit herself, and that has you all confused. She acts as if she really likes you but then her actions show that she’s not really interested in taking things any further.

It’s possible that she really doesn’t want to commit so quickly, in which case she should have told you so outright, or she's waiting for another guy while hanging out with you to kill time, or she’s playing the field with other guys and trying to weigh her options. Either way, it’s not a pleasant place for you to be stuck in.