10 Reasons Why He Cheats on You If He Loves You

Introduction
Why Did He Cheat on Me If He Loves Me?
1 He's selfish
2 His extreme ego/arrogance
3 His expectations
4 He's a sex addict
5 His drinking/drug problem
6 He wanted to break it off with you
7 He’s impulsive
8 He wanted to purposefully hurt you
9 He was insecure
10 Childhood trauma

There’s seldom just one answer to such a question, seeing how a myriad of reasons and situations affect a man in order for him to cheat. Especially if he was in a serious/steady long term relationship. A majority of these cheaters justify their cheating by giving a bunch of reasons. A few of them go so far as to blame their partners for why they cheated. This of course, is pure BS because cheating is a conscious decision – it’s not a freaking paper cut that “just happened”. And then to keep this news from you for as long as he could – that again was a conscious decision.

So, stop beating up yourself over the fact that he cheated you because there was something wrong with you. Even if there was, he could have acted like the adult he is and talked it out with you instead of giving you heartache like this. 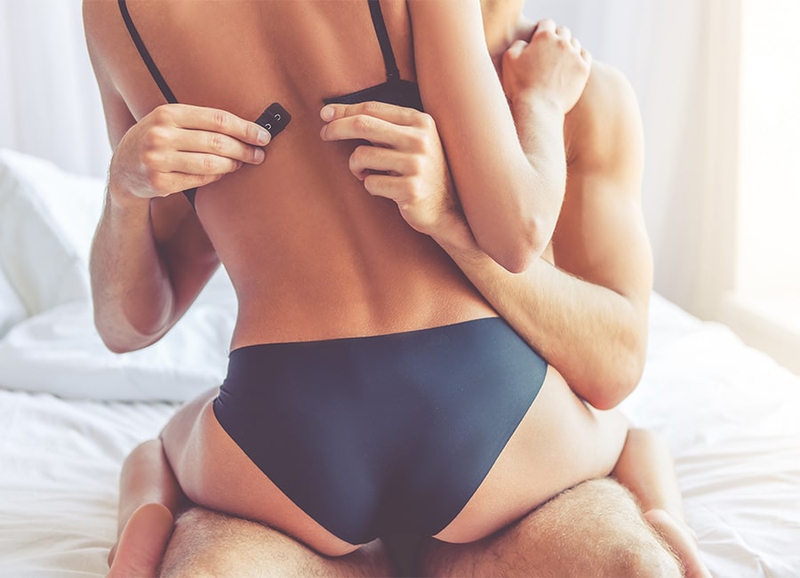 Why Did He Cheat on Me If He Loves Me?

He loves you, sure. So why did he cheat on me if he loves me?

Because he loves himself more than he loves you. His sense of self worth is inflated and he does whatever makes him happy, even if it comes at the cost of your happiness. Maybe right in the middle of your relationship he decided, “This is too much effort for me. I wanna have the cake and eat it too.” and went ahead and did exactly that. An elevated scenario would be:

He feels that since he’s so special, the world owes him everything, and that rules just don’t apply to him. And this includes polygamy. You may have had a sneak peek into his douche behavior by the way he dressed, talked or even treated you. But like many girls out there, you thought you could “fix” this “broken” man. Well, guess what? He wasn’t broken to begin with. It was just who he is as a person, and you got played.

Why did he cheat on me if he loves me?

Because he expected the world from you.

HE wanted you to work and bring money home to take care of household chores too, to cook for him, to treat him like a king and to do everything according to his liking. Or perhaps he wanted you to look like the porn-stars that he often fantasizes about, but to be a complete virgin in the bed. Whatever his expectations, they were all unrealistic and when you failed to meet them (which literally any woman on the planet would), he thought it was reason enough for him to look for his desires being fulfilled outside your relationship.

And since his sex drive could not be satiated by a single woman, he started cheating on her. Of course in this case, using his addiction as an excuse would be dumb. Because getting therapy would have been his first option. Not cheating.

It’s the same as above, and neither you nor he should blame his transgressions on his problem, because the only logical solution in such a situation would be to get professional help.

He wanted to break it off with you

And being the man-baby that he is, he opted to cheat on you instead of simply expressing his feelings to you. Perhaps he thought it would be easier for you if you found he cheated on you, instead of him telling you he’s dumping you. So stop wondering “Why did he cheat on me if he loves me?”

This is all complete bullshit, of course, but a valid reason in his demented mind nonetheless. Or maybe he wanted to put the blame on you for ending a relationship that had been dead for him for a long time now – kinda like pushing you into a corner and forcing you to break up with him. And then crying foul if someone asked him about what happened between you two.

It’s also entirely possible that he was out exploring his options, and keeping you on hold till he found the kinda girl he was looking for.

Well, obviously there’s nothing wrong in being impulsive so long as nobody’s getting hurt. But his actions did end up hurting you – real bad. In all likelihood he would have come back to you on his knees, begging for forgiveness. But do understand that such impulsive needs do not change overnight.

He wanted to purposefully hurt you

The reasons could be varied – he was angry at you, disappointed in you, he wanted revenge for that one time you humiliated publicly - but the reason doesn’t matter. What matters is that of all the possible options he could have chosen to hurt you, he chose the worst possible one. Perhaps he thought you wouldn’t be angry enough to end the relationship, which is why he opted to do such a thing.

“Why did he cheat on me if he loves me?”

The excuses could be many – too young, too old, too skinny, not good looking, not financially stable, not emotionally stable, not intelligent enough, etc. But in any case, he cheated because he wanted to feel desired by someone. Of course, again, the blame is on him for not expressing his concerns to you and instead looking for gratification outside of your relationship.

It’s usually abuse in a majority of cases. Now the type of abuse can vary – sexual, emotional, physical abuse or even parental neglect. Such an upbringing would not only have severely dented his perception of normal relationships, but would have made him have massive intimacy/commitment issues. Cheating on you was, in his own twisted way, a way to heal his open wounds.